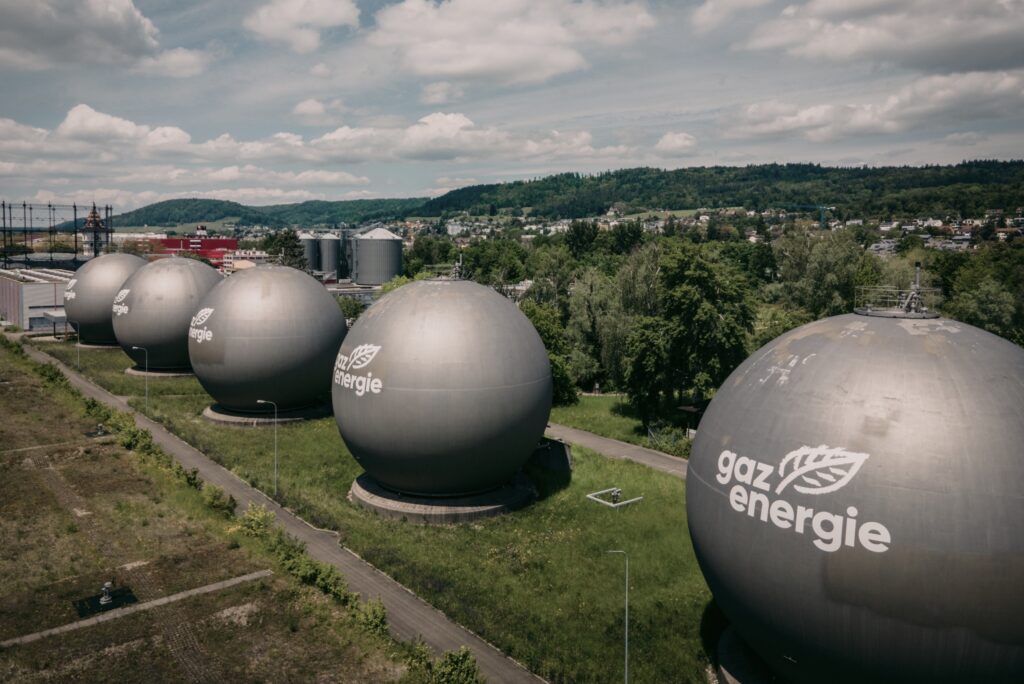 Natural gas prices in Europe soared to record highs after Russia cut gas flows via the Nord Stream pipeline to Germany by 40% in June. The crisis is so severe that German minister for economic affairs and climate action has warned of a “Lehman Brothers effect” threatening the global finance market.

The crisis has sparked emergency measures in the West that will overhaul the global natural gas network. What does this mean for investors?

The frontline in the new global gas war is Europe, in particular Germany.

In 2021, Russian natural gas imports accounted for 40% of EU gas imports. On average, the EU imported over 380 million cubic metres (mcm) per day of gas by pipeline from Russia.

Europe is desperately looking for alternative sources of gas and energy to power its industry and heat homes through the winter. But how quickly can Europe replace shortfalls? The decisions taken now will have far reaching geopolitical and economic consequences.

The IEA has released a 10-Point Plan to reduce the EU’s reliance on Russian gas, suggesting no new gas contracts with Russia, accelerating the energy efficiencies and the transition to solar and wind, as well as replacing Russian gas supplies with alternative sources.

It’s a sensible plan but does not go into the specifics of how to achieve these goals — and that’s where the challenges and opportunities are.

Let’s take a step back and look at the state of the market before the war.

Russia is the world’s largest gas exporter, with exports amounting to around 250 million cubic metres (bcm) in 2021, with 210 bcm transiting through pipelines and 40 bcm transported as liquefied natural gas.

Note, there are two types of natural gas exports, by pipeline or as liquefied natural gas (LNG), typically transported by tanker.

Last year, gas consumption in Europe grew by 6%; the Asia Pacific region consumption also grew by an estimated 6%, twice the rate between 2015-20; China’s gas demand increased by 12%; India by 5%; and North America stagnated with a 0.3% year-on-year increase.

This growth has shuddered to a halt.

One of Germany’s first acts after Russia invaded Ukraine was to cancel Nord Stream II, a controversial US$11 billion gas project bypassing much of Europe to pump gas directly into Germany.

Germany now claims to have reduced its dependence on Russia gas from 55% in 2021 to around 35% by mid-April, 2022. This has been achieved by importing gas from elsewhere, as well as restarting mothballed coal power stations.

But it’s not enough. Both Germany and Italy are close to declaring a state of emergency, effectively diverting energy only to essential industries.

In the short-term, natural gas exports to the EU by Norway (the world’s third largest net exporter) and the UK have been increased to their highest levels, but are at risk from worker’s strikes, cut-offs to meet domestic demand, as well dwindling gas reserves with no long-term future.

Azerbaijan already pipes gas to Europe via the Trans-Adriatic Pipeline through Greece and Albania and has, this month, inaugurated a new pipeline between Greece and Bulgaria. But, despite optimistic claims by the Azerbaijan president, these exports simply are not enough to make up for the current shortfall.

So, where else can natural gas be sourced?

Africa has the potential to play a significant role, with the possibility to export some 30 billion bcm to Europe.

Algeria has increased its gas exports 9% year-on-year via the Medgaz and Transmed pipelines to Europe. But technical issues mean that it will be difficult to divert much more for the next few years.

Talks are ongoing to increase gas flows from Libya (which holds the ninth largest gas reserves in the world) through Italy. However, with its infrastructure in a state of disrepair after a civil war and a new standoff between armed rival political factions — as well as Russian mercenaries on its territory — its production is of limited capacity with serious long-term risks.

Morocco and Nigeria have agreed to start work on a 6,000 km gas pipeline that would bring natural gas from Nigeria (holding the largest gas reserves in Africa) through 16 countries to Spain for the European market. It would be the longest offshore gas pipeline in the world. This plan, however, is still only in the design phase and is fraught with years of logistical challenges before it will be completed.

The real winner in the race to pump gas into Europe is LNG, with LNG imports into Europe hitting record highs in April, 2022 and global LNG trade forecast to increase by 5% in 2022.

Qatar (the world’s sixth largest producer of natural gas and world’s biggest exporter of LNG last year) has invested heavily in expanding its LNG production capacity to 110 million tons a year, up from 77 million in 2021.

But 80% of Qatar’s LNG exports are currently shipped to Asia, in particular to China, India, Japan and South Korea. They’ve just demanded that Germany sign a long-term deal if it wants more natural gas.

Instead, almost 67% of the recent LNG imports into Europe have been supplied by the US, which is now the continent’s largest LNG supplier. 75% of US LNG exports are now headed to Europe, up 40% last year, according to the EIA.

Europe now dominates the LNG import market and the increase in global LNG exports of 5% from last year is almost entirely driven by the US, which saw a 27% rise in its LNG production.

For the first time, the US is supplying more natural gas to Europe than Russia sends by pipelines, according to the International Energy Agency.

LNG is the big winner from this crisis, and not just for the short-term.

Germany has rented four floating storage and regasification units (FSRUs) and has signed off on the construction of two new LNG terminals. Plans for an estimated 20 new terminals have been announced or sped up since the Russian invasion.

In the US, new investment is set to go ahead in expanding existing infrastructure and building new export terminals. The $10 billion Golden Pass LNG export project in Texas is expected be operational in 2024, with another in Louisiana expected by 2026.

This year, it’s expected the US will become the world’s largest exporter of LNG.

And the G7, in its latest meeting in June, also stressed the importance of “increased LNG deliveries.”

China, the world’s top LNG buyer last year, is expecting 10 new import terminals to be completed in 2023, with capacity expected to double by 2025, according to Bloomberg.

“The US LNG boom is back”

Russia, meanwhile, is overhauling its own gas network towards Asia. Earlier this year, Russia and China signed a 30-year contract to supply gas via a new “Power of Siberia” pipeline to be built in the next 3-5 years. Chinese imports of Russian gas reached record levels earlier this year.

This major upheaval in the gas markets will have significant impact on the ongoing trend of deglobalization. You can find out more on our deglobalization podcast.

Europe will still struggle to meet its energy regardless of this enormous shift to LNG, with markets now expecting natural gas shortages and sky-high prices to last until 2024. And, with national targets still in place to keep global warming below 1.5°C, another winner is the energy transition.

Europe is investing heavily in nuclear, wind and solar.

New legislation in Germany aims to have 80% of its electricity generated by renewable energy by 2030, up from its previous target of 65%. France has announced the construction of six new nuclear reactors by 2050 worth tens of billions of dollars. Similar policy announcements on renewable investments are happening across Europe. Read more on The Oregon Group’s analysis on opportunities in the energy transition.

The overhaul in the global gas market is happening at breakneck speed and for investors the opportunities are more diverse than ever.