The global uranium market has exited a decade-long downturn, and is now set for a 10-year bull run.

In the last 10 years, uranium mines were shut down, development projects stalled, and numerous exploration companies ran out of money. Now, driven by demand for a large net increase in nuclear reactors by countries around the world, the world is entering a Second Atomic Age.

This new demand for nuclear energy will require uranium as fuel.

For investors, this forecast growth in the uranium market will not be short term.

Key drivers behind this long-term growth include decarbonization, commercialization of small modular reactor technology, as well as energy security.

“Understanding the peculiarities of uranium pricing is the first hurdle for investors.”

— Anthony Milewski, The Oregon Group, The Start of the Uranium Bull Market and the Coming of the Second Atomic Age report

But even in the short-term, analysis of the uranium market points to a major reduction in current global stockpiles, a lack of near-term uranium production, and the potential for a supply crunch.

As uranium prices have risen, mine restarts have been announced. However, dwindling reserves and grades at existing producers and the lack of advanced development projects, means that supply is poorly placed to keep up with expected demand over the coming years. Producers have made clear that new production will require much higher incentive pricing.

Major geopolitical shifts are also impacting the global uranium market price, in particular Russia’s invasion of Ukraine and the weaponization of energy against Europe.

The global population has skyrocketed, stretching the resources essential to power modern life.

And, with societies increasingly concerned by the impact of fossil fuels on climate change and the environment, national governments are trying to shift their energy supplies to more green and renewable supplies.

Ramping up renewables like wind and solar will help but it’s a strategy that comes with major challenges such as grid integrity.

Why is uranium so important

Uranium is a heavy metal with a variety of uses, such as aviation and nautical construction, as well as medicine. Due to its incredible energy density the bulk of uranium is used as fuel for nuclear reactors.

To give some perspective, one uranium pellet creates the same amount of energy as one ton of coal, 149 gallons of oil or 17,000 cubic feet of natural gas.

Currently, nuclear provides about 10% of the world’s electricity and, in doing so, prevents the emission of 2.1 billion tonnes of CO2 equivalent every year, which is generated by nearly 440 nuclear reactors.

The big trends in the uranium market

When it comes to carbon emissions, nuclear equals and, in some cases, outperforms renewable energy sources. Crucially, it is also available 24/7 and doesn’t require high CAPEX energy storage solutions to improve its reliability.

So, as the world continues its transition to green energy, we are seeing dramatic, positive changes in public and political sentiment regarding nuclear energy. As a source of clean, baseload energy, there is no direct replacement for nuclear energy.

It’s difficult to overstate the magnitude of the energy problem facing Europe. With a few notable exceptions (such as France), the EU allowed itself to become heavily reliant upon Russia’s natural gas exports while it slowly transitioned to a low carbon energy mix.

Desperate for energy, many European nations are increasing coal usage to make up the shortfall. This of course is at odds with the bloc’s commitment to net zero. Countries that had been planning to exit nuclear energy, like Belgium, have now u-turned and other countries, such as France and the UK, have announced plans to expand nuclear energy.

A big geopolitical win for the many Western nuclear utilities is that uranium can be easily obtained from safe, stable jurisdictions like Canada and the US.

From the US to China, Japan to Europe, each week seems to bring more good news for the nuclear sector.

However, we think there will be significantly more demand because the WNA forecast does not account for the recently announced additional restarts across the globe.

How to get exposure to the uranium market

Uranium ETFs provide a comprehensive exposure without a lot of heavy lifting when it comes to conducting research and making decisions regarding producers, developers, explorers and refiners.

It should be pointed out, however, that some of these ETFs are somewhat diluted when viewed solely from a uranium exposure perspective.

While you can’t just roll up and purchase physical uranium, you can invest in companies that specialize in exactly that. If you want direct exposure to the price of uranium, then physical uranium trusts are there for you.

Juniors vs majors, explorers vs developers vs producers vs fuel processors…. Uranium stocks offer the chance for major value growth, however, the challenge for investors is how to position one’s portfolio.

The following companies have been chosen for their individual strengths and potential upside, and also for the fact that, when viewed as an investment basket, they cover a full spectrum of investment options and risk preferences.

We are in the early stages of what should be an extended uranium bull run. If you are not already positioned, now is the time to consider getting involved.

Read our full report: The Uranium Bull Market and the Coming of the Second Atomic Age. 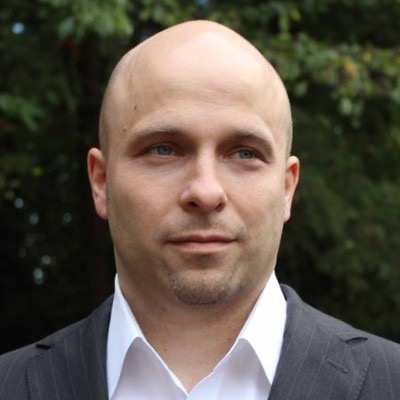